As a Pilates instructor, by far the most common question I get is, “what actually is Pilates?”  Even if you are absolutely clueless, you no doubt have at least heard the name before.  You’ve walked past a Pilates studio, you’ve come across a Pilates YouTube channel, you heard someone call it an “ab workout”, a “nice stretch”, “the same thing as Yoga”, and “easy” — sounding familiar yet?

The truth is, Pilates is evolving; it is constantly adapting to whichever environment you practice in and which demographic it is being taught to.    All rumors aside, no matter the mode, location, or population for which the class is designed — all Pilates exercises follow the same 6 basic principles.

In summary, Pilates is about the mastery of controlled movements with benefits of improved flexibility, strength, coordination, balance, control and endurance throughout the entire body.

Pilates is known for its exercises that induce a deep abdominal burn (i.e. the hundreds, double leg stretch, single leg stretch, etc.) mainly exercises that call for the lifting of the head neck and shoulders off the mat.  While your abdominals are definitely contracting in these movements, they are working in tandem with other major muscle groups, resulting in a more well-rounded exercise that improves overall stability as opposed to the isolation of a single muscle (because in real life, how often are you only using your abs?). 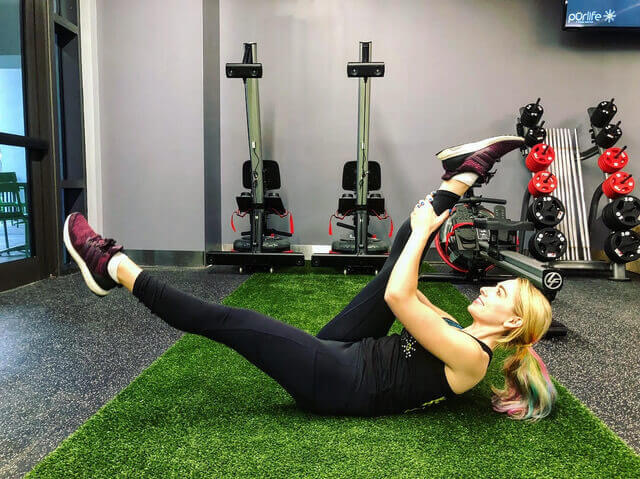 Joseph Pilates created this method inspired by his own pain as he was very sick throughout his childhood.  He studied exercises of the Greeks and Romans,
Tai Chi, Zen meditation, Yoga, martial arts, and gymnastics all in the pursuit of optimizing his health.  As such, he is often credited as being one of the first figures to bring together Western and Eastern ideas of physical fitness.

Later, he evolved his method to accommodate the injuries of wounded British soldiers under his care during World War I. What we know today as the Pilates “reformer”, actually started as merely a hospital bed with added springs!  Joseph Pilates wanted to help soldiers strengthen and tone while they were still bed-bound.  The first official reformers were shaped as sliding beds with springs used as resistance.

In the 1920’s Jospeh Pilates came to the US and started working with esteemed dancers such as Martha Graham and George Balanchine.  Eventually, the dancers he worked with also started to teach his method.  Pilates exercises then became more dance infused and closer to what we think of Pilates as today, incorporating graceful rhythmic movements.  Joseph Pilates himself was not a dancer, rather dancers were among the first of his students to start teaching his method.

Yet, Pilates can be taught to any population in a variety of settings, hence why classes can look very different depending on where you go. Its versatility is what makes Pilates so timeless and central to physical fitness.  At Purlife, I utilize the entire group exercise space with TRX suspension cables, rowing machines, resistance bands, functional bars, gliding discs, and more. Pilates is incredibly versatile and with the space at Purlife I am able to create workouts that range from mat work to utilizing the rower as a Pilates reformer.

Simply put, Pilates is still here because of its ability to evolve.   Its foundation will remain constant but the progressions are limitless.